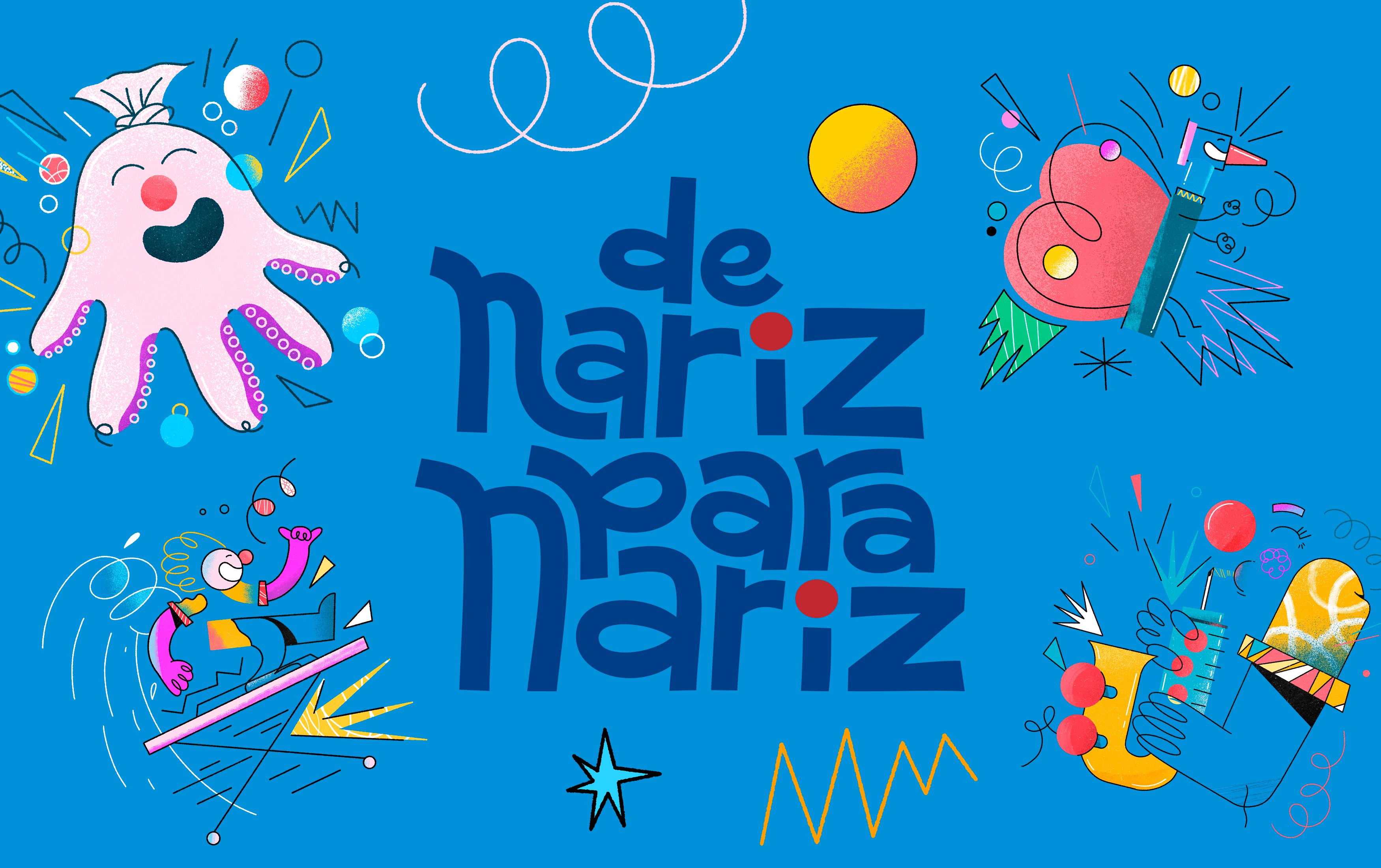 From One Nose to Another

In 2021 we were invited to create a visual identity for the project From One Nose to Another (De Nariz Para Nariz), for the NGO Nariz Solidário, from Curitiba (PR). The project uses the clown's language and generosity to intervene artistically and positively transform the hospital environment since 2015. Nariz Solidário has already impacted more than 40,000 people with its visits to hospitals, bringing humanity and joy to patients, family members and health workers. The main goal while developing this visual identity was to praise the project's human, creative and playful qualities, with the use of illustrations, together with a typographic finishing with a lot of personality. The result was generation of a strong relationship between the context of the craft, the clown and the clown and the hospital environment, using the universe of joyfulness and fun. We used the idea of ​​re-framing objects and living the present based on what is given to us: from here and now, the syringe becomes a saxophone, the glove becomes a sea creature and the stretcher becomes a skateboard. 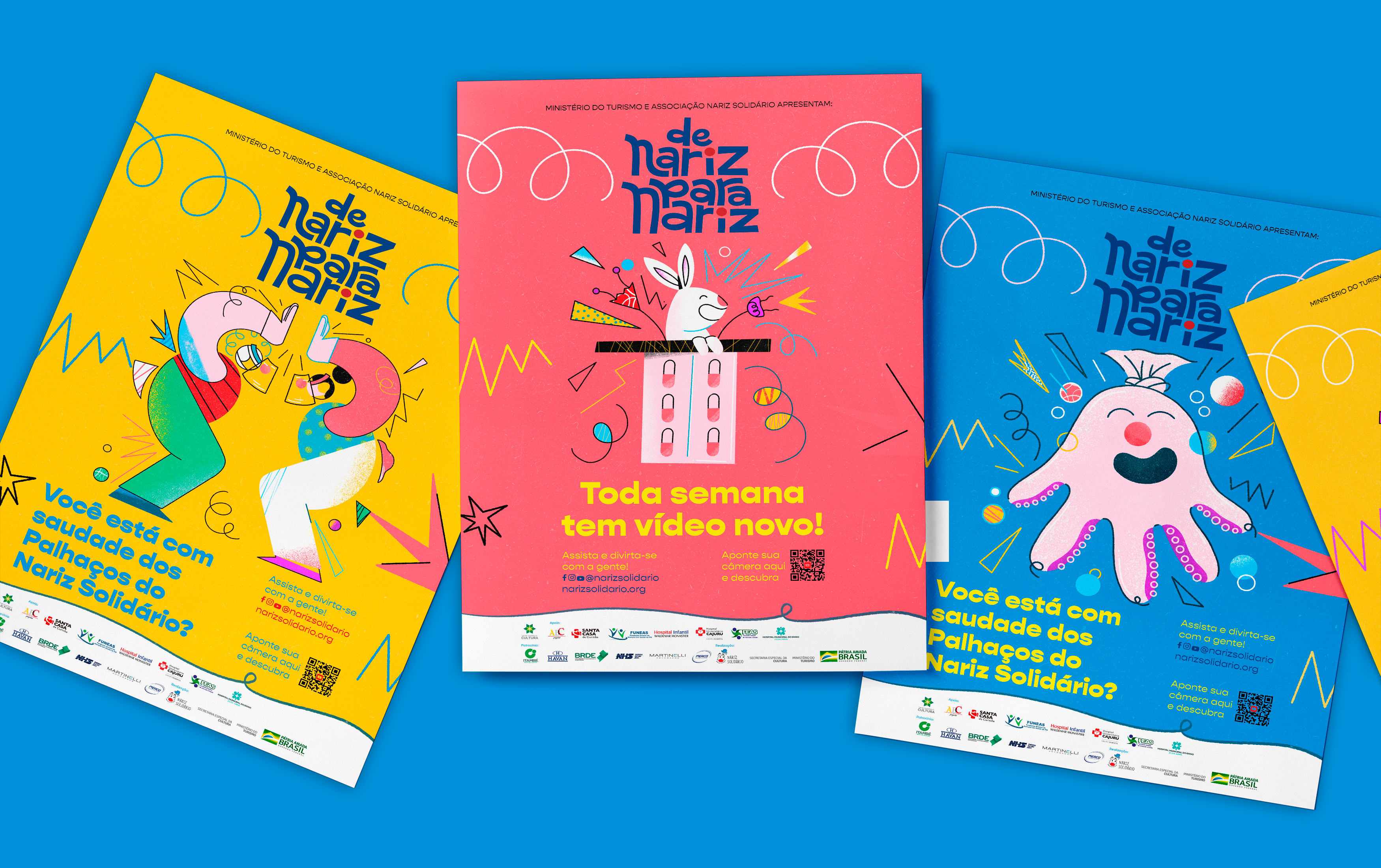 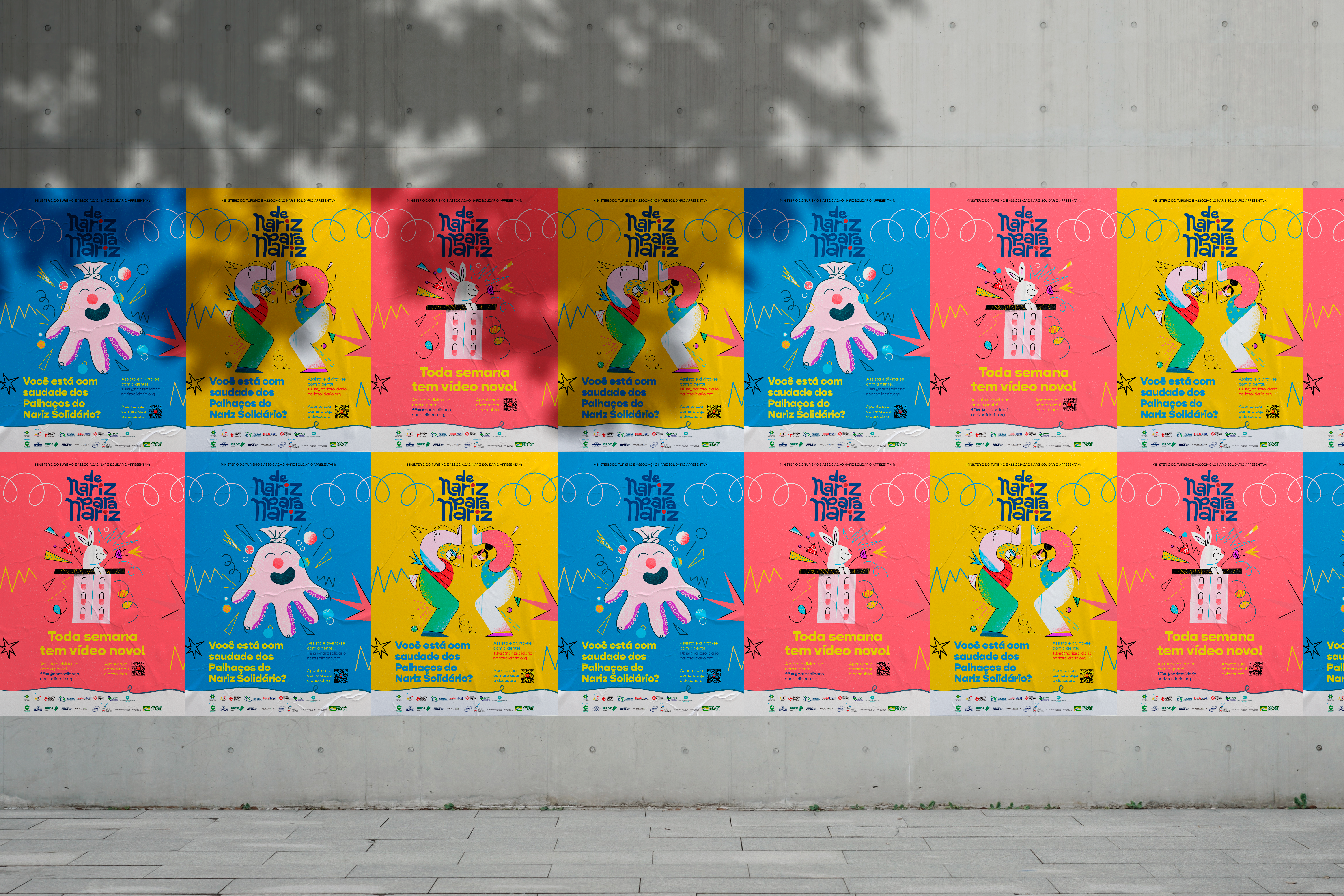 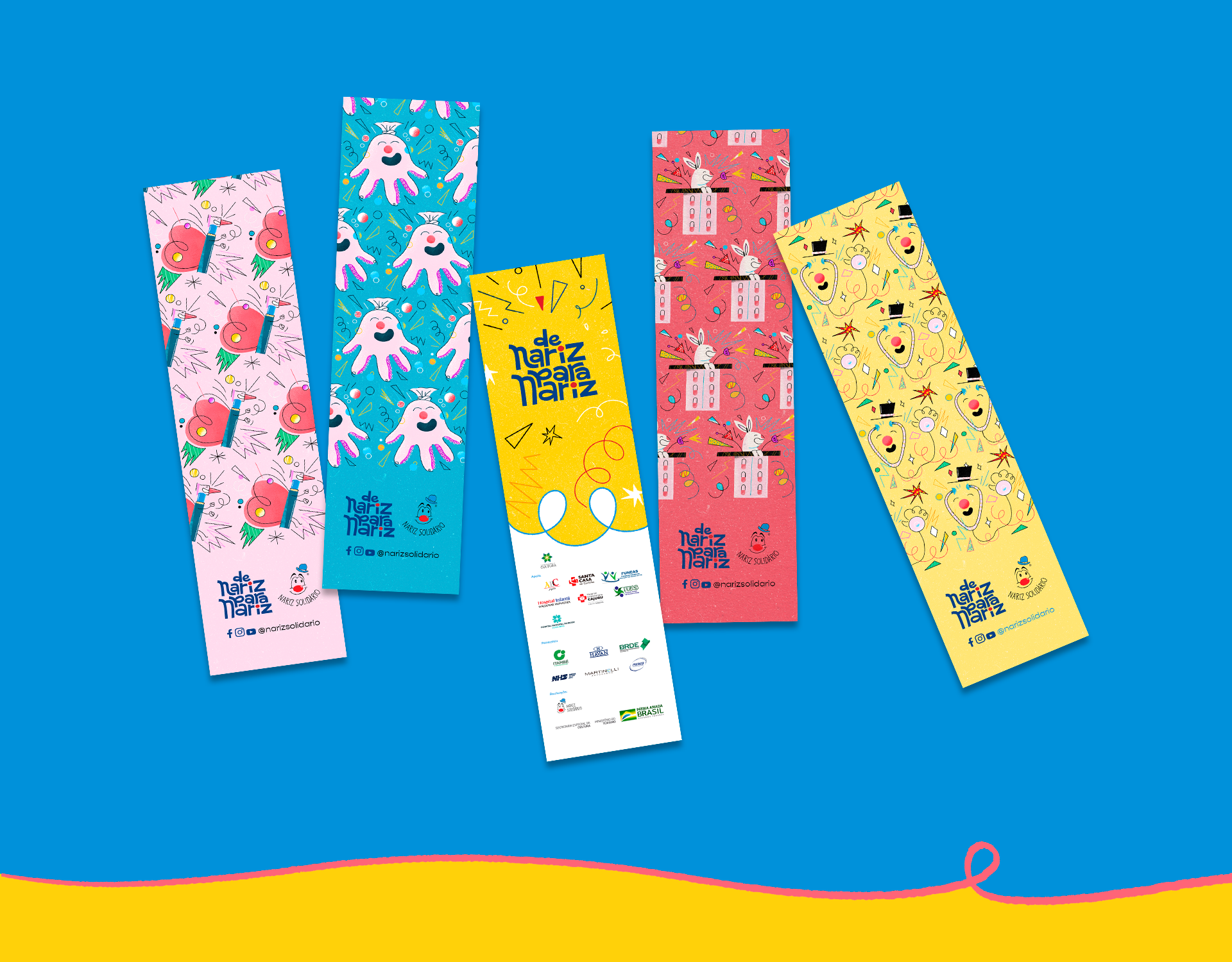 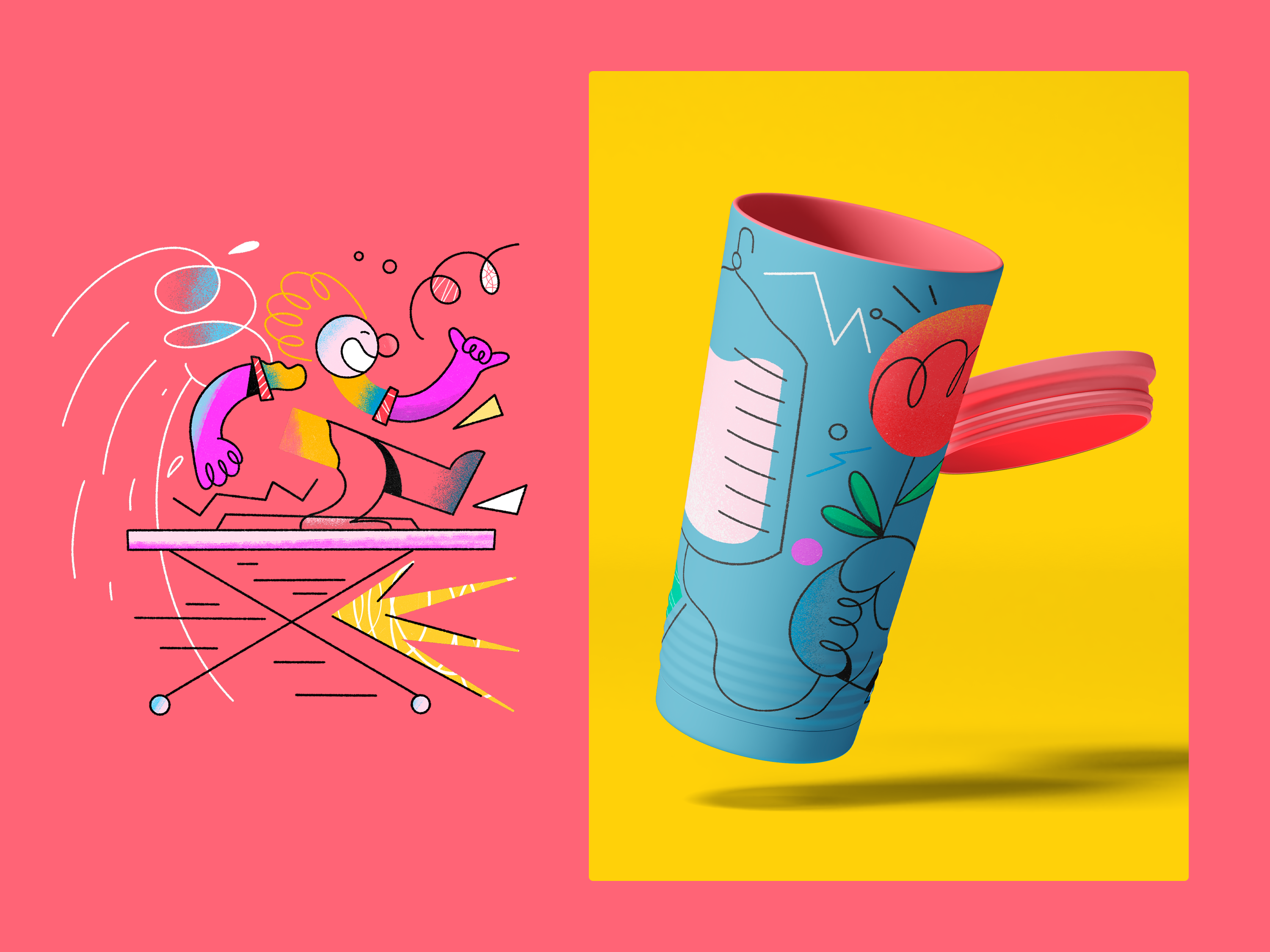 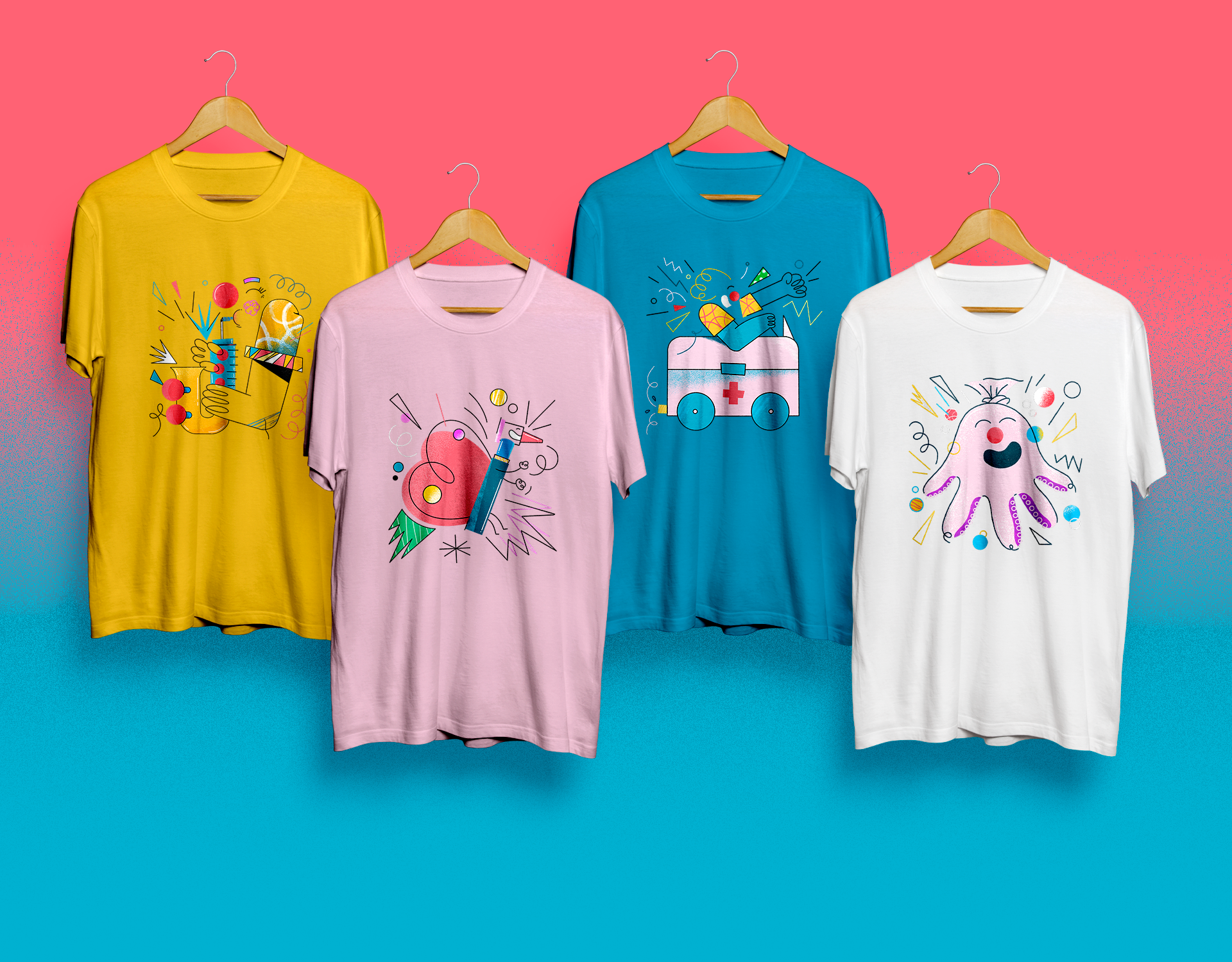 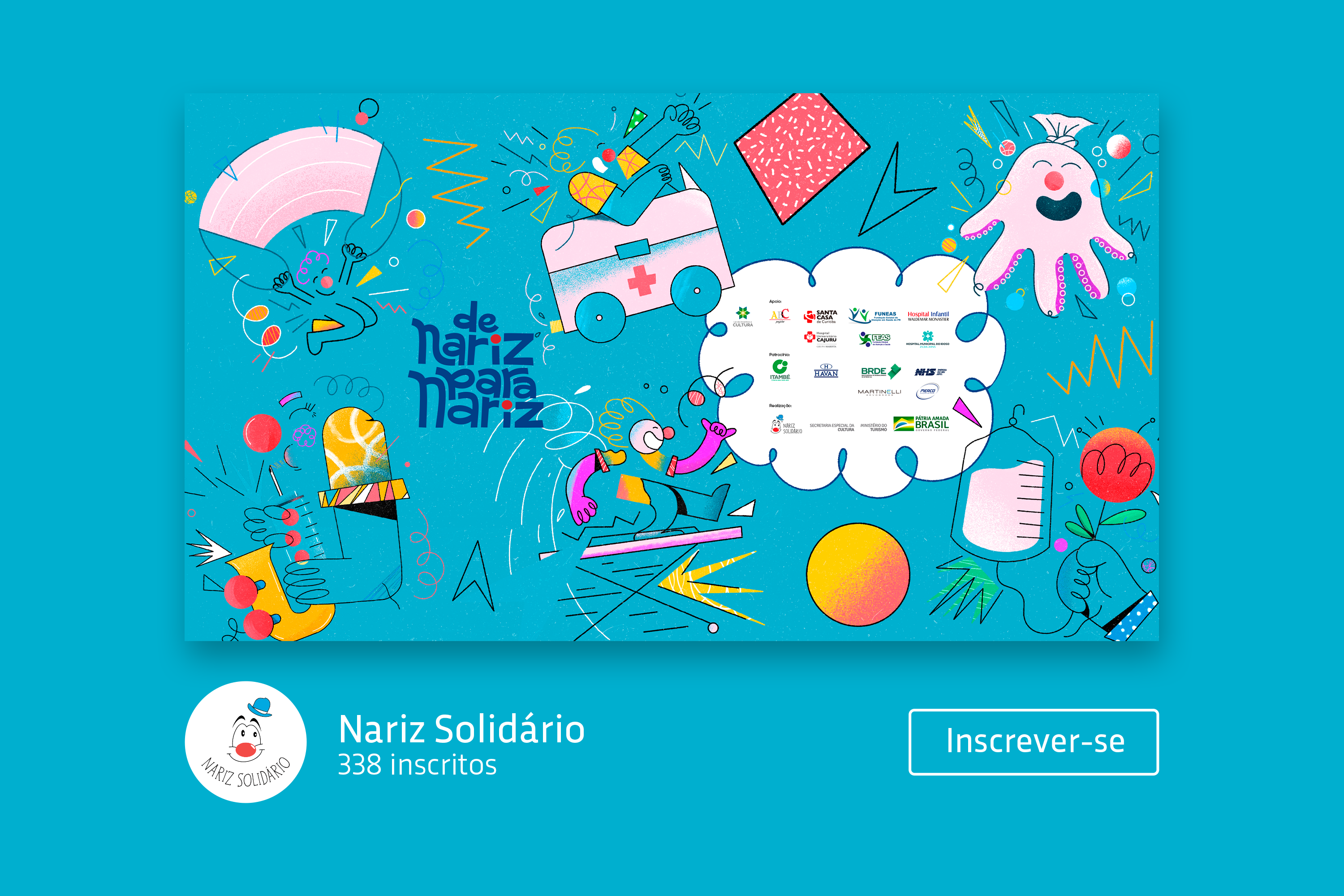 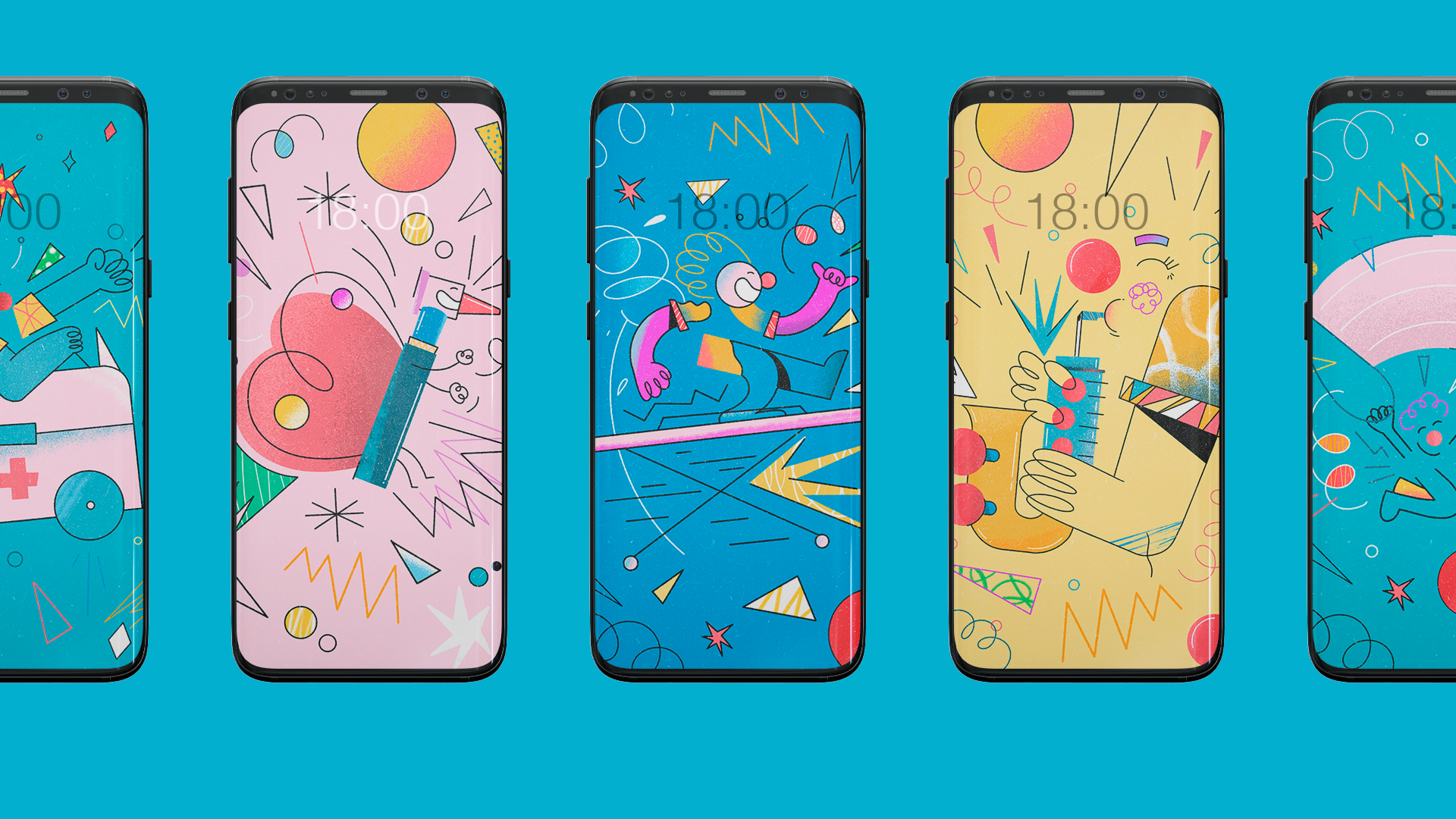